ProMax contains a complete suite of reactor models facilitating an easy-to-set-up, yet accurate model of sulfur recovery unit operations. A theoretical approach with empirical modifications allows the user to model real world behavior, whether for the Claus Process itself or a variety of other Claus/Tail Gas technologies. 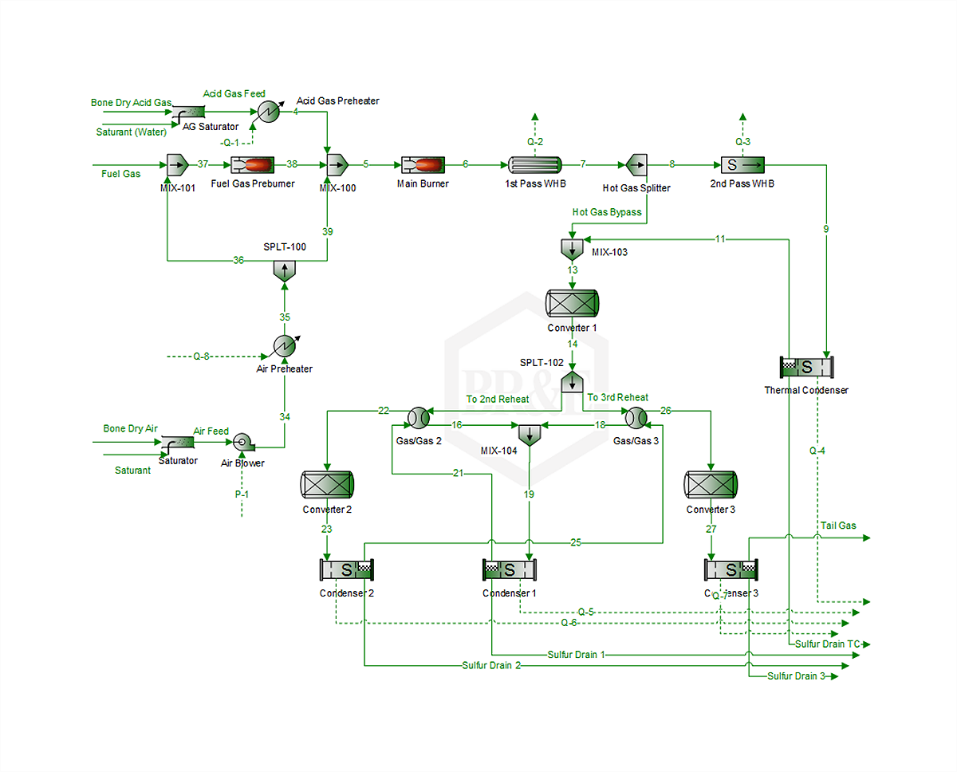 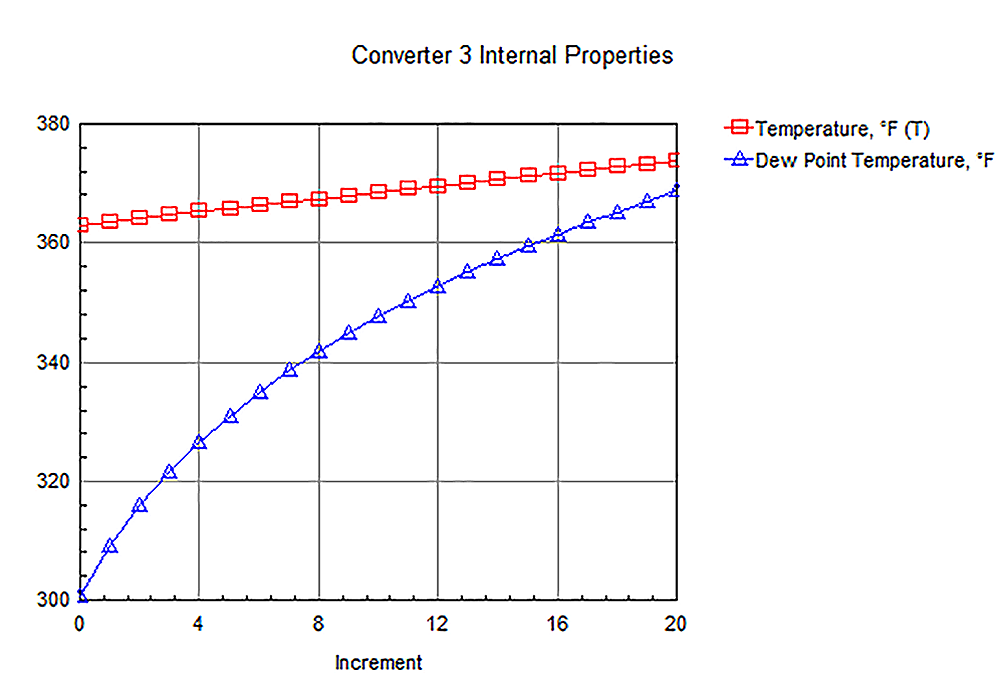 ProMax uses predefined Gibbs reaction sets to make it very easy for the user to model the plant. Simply select the reactor type from a drop down list and the appropriate components for that reaction will automatically be selected for inclusion across the reactor. Some of the predefined reaction sets are listed below.

This Gibbs Set has default settings used to model the burner at the inlet of a Claus sulfur recovery unit. All Components are included by default. Default Constraints are selected to predict CS2 and COS formation in the burner.

This Gibbs set has default settings intended to model a Selectox type reactor or catalyst burner which can replace the conventional burner for cases with very low H2S. This type reactor is also sometimes used for tail gas applications.

This Gibbs Set has default settings intended to model the SUPERCLAUS type direct oxidation bed at the end of the Claus unit.

The default settings for this Gibbs set are intended to model the first Claus bed where the temperature and catalyst type are typically such that COS and CS2 are destroyed.

This type Claus bed operates below the sulfur dew point. This Gibbs Set has default settings used to model the 2nd and subsequent Claus beds.

This type of reactor condenses sulfur species from the vapor to produce a liquid sulfur product. Available sulfur allotropes range from S1 to S8.

The default settings for this Gibbs Set are intended to model the Tail Gas Cleanup Unit (TGCU) Hydrogenation reactor in which all sulfur species are converted to H2S. The TGCU Hydrogenation reactor is normally used in conjunction with a Reducing Gas Generator (RGG) Reactor for the tail gas. Hydrocarbons and ammonia are the only non-reactive components by default.

The default settings for this Gibbs Set are intended to model the 1st pass of the waste heat boiler from the burner flame temperature down to about 1200 °F (648.9 °C).

COS and CS2 Formation and Destruction

COS and CS2 are formed in the acid gas burner, and are partially destroyed in the first Claus bed provided the appropriate catalyst is present and the temperature is sufficiently high.

Equilibrium models do not adequately predict the formation of COS and/or CS2 in the burner as observed concentrations can be significantly higher than equilibrium predictions. A number of semi-empirical correlations have been developed to more accurately predict COS and CS2 formation in the burner:

Fischer 1974 - This correlation predicts the concentration of COS, CS2 out of the burner.

Luinstra d'Haene 1989 - This correlation predicts the concentration of CS2 out of the burner and requires a residence time specification.

NSERC 1993 - This correlation predicts the concentration of COS, CS2 out of the burner.

NSERC 2002 - This correlation predicts the concentration of CS2.